I saw an Instagram reel with the 84-year-old VPS (Vijaypat Singhania) telling his story about how his son Gautam has made him homeless (Yes, he lives in a rented apartment).

I was immediately curious why the successful, wealthy businessman faced such a fate from his youngest child. I picked up the kindle book for Rs 190 and used the Alexa app to listen to the book.

The book was an easy listen, but I was disappointed that he has just at the end of the book talked about how he gifted away Rs 2000 crore worth of his 37% stake in Raymonds to his son. 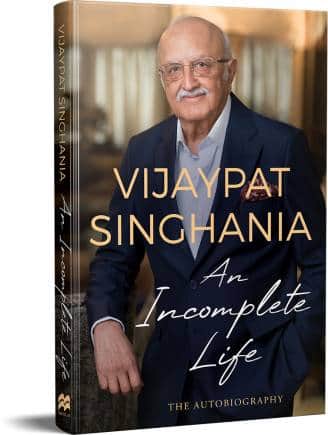 He does explain unconvincingly to me what seems like primarily two reasons.#

I am not convinced. This man has made what Raymonds what it is and is no babe in the woods. There is an element to the father-son relationship that he had not had the courage to discuss. I know it, but me sitting here and speculating what happened would look cheap.

So, please, parents, don’t do such a stupid thing. Make a will and transfer your wealth after you are no more.